For many of our Bayside & Special Services customers, their reading aids are more than just another piece of technology in their lives. When one of our customers suddenly found himself without his reader, he turned to Virginia Beach Public Library and got the help he needed right away.

“On 1 July, my Victor Stream Reader quit. It would not turn on. It would not take a charge. It was dead. I had several SD cards loaded with dozens of books that were unavailable. This reader was only 18 months old.” He called the manufacturer and was told he could send it in and pay to have it evaluated and repaired, if possible. It would take at least six weeks and they did not have any loaners available. “This was not satisfactory for me,” he said.

He ordered a new reader, charged it overnight, and anxiously inserted the SD cards that he had been listening to when his first reader stopped working. A message came on: The card is a protected card, and unavailable. “This was ridiculous,” he thought, as he had been listening to that card in the other reader. He made another call to the manufacturer for instructions on how to unlock the machine, but the instructions they sent were for a PC, and he had a Mac. The instructions were not entirely useless, though. They suggested contacting his local library for further assistance.

Upon calling the Bayside Area & Special Services Library, he was transferred to Paula. She made numerous suggestions, none of which worked, until he told her that the instructions were for a PC, and he had a Mac. She said that was “it.”

Paula told him to bring the reader to the library the next day, which he did. Because the library was closed due to the COVID-19 pandemic, he delivered the reader to staff at the door. After just five minutes, the staff came back, handed him his machine, and assured him that it was working. He couldn’t wait to get back home and start listening. The promise was fulfilled in spades.

“I have always had and read books,” he said. “I learned to read at age 6 and got my first library card. I never stopped reading for the next 86 years. On the print when my eyes could, and by the great Braille and Audio Reading Download service from the National Library Service when my eyes had failed. I have always had my books, until I was ‘locked out’ … TV was NO substitute. When my reader came home, I really felt like living again. Quality of life zoomed. All due to Paula and my old friend Linda, who work at Bayside & Special Services Library.”

He was so happy for the help he received that he made a donation to the Bayside & Special Services Library, in care of the Virginia Beach Library Foundation as a show of his gratitude. “The money I gave is but a trifle compared to the benefits you gave to this old man.”

“Thank You to the ones who stand highest, in my regard, in the world today (excepting my wife).” 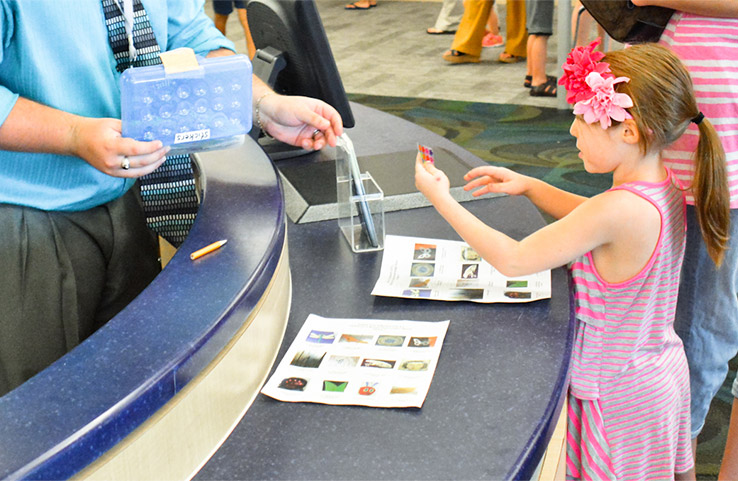 The story of our library is still being written ­and you have the chance to be one of its authors.